The Colombo Public library is established in July 1925, by the amalgamation of the Colombo library & the Pettah library. At the beginning the library had 3 departments, The Reading Room, the Lending Room & the Reference Library. It had seven members on the staff, with late Mr. S.C Blok as the Librarian.

By now, the library has a collection of nearly one million books, 57 newspapers & 111 periodical titles in all 3 languages, Sinhala, Tamil & English.

It expands its services to 13 branches, Mobile Service & Book Box Projects to under privileged children in shanties. Now it has 5 departments, 7 service providing points and 105 staff members.

Mainly library is catered to the general public of the Colombo Municipal area. At the same time, there are provisions to join the library, persons who studying or working in the city limits.

In addition one could be a member after deposit Rs. 2000/= as a security fee instead of a guarantor attestation.

Even a foreigner could use the library, after paying Rs. 5000/= as the security fee.

Applicant should fill the application form obtained from the library or downloaded from the web page.

There is a separate application for children's membership.

After getting the attestation, from the guarantor applicant will be informed by sending a post card.

As soon as informed, applicant would get two library tickets to borrow books. 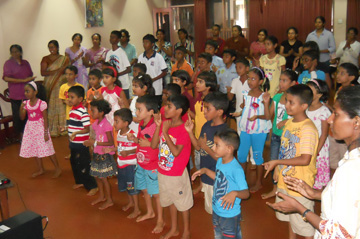 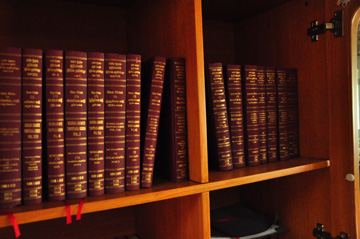 The lending library has a wide selection of books on practically every subject. Books are shelved according to Dewey decimal classification system. Sinhalese, English & Tamil books keep separately. There is a key to refer Dewey decimal system. There are almost 200,000 readers registered in the lending library out of that around 400-500 patrons visit the library every day.

This is open to everybody from 8.00 a.m to 6.00 p.m and has a good coverage of different subjects. Books are kept according to Dewey decimal classification system and books of 3 languages (Sinhala, Tamil & English) housed separately.

Books are available in all three languages & there is a reference center. There are some programmes in order to encourage the children to make better use of the library and to draw out their potential & talents. Photographic, Class Art, Literary Competition & Children's Club are some of them.

This section has 72 seats provide for wide range of newspapers and periodicals in Sinhala, Tamil & English. We subscribe 57 newspapers, and 150 200 patrons use the library daily.

A separate building with 570 seats was opened to the public in 2000 to enable patrons to use.

A mobile library service to cover areas that do not have library facilities has been introduced in 1975. This service provides library facilities for government departments, housing complexes, Sunday schools and prison at their door step. There are 42 services points within the city at which mobile service operates. There is a fairly large amount of leadership for the mobile library service.

Public library has been taken steps to improve the reading habits of children who live in shanties in the city limits. Children live in these under service areas have less attention to education as well as for reading. Hence a service for these children in 50 centers withing Slum & Shanty areas was inaugurated with the assistance of UNICEF. This provides books to children up to the age of 15 years. The book box project services provide to each point once in a two weeks time and children in these areas gather to previously decided place in the particular day. Mobile librarian provides services to these children. A child could borrow two books after getting the membership at the same time.

The branch libraries are scattered throughout Colombo and the library now provides facilities to all residents within the city has aided in promoting the reading habit & the dissemination of information.

At present there are 11 branches through out the city. Most of branches are housed at first floor level in community center buildings and in close proximity to the Municipal Housing Schemes. Opening hours are vary according to the local needs.

Following are the branch libraries,